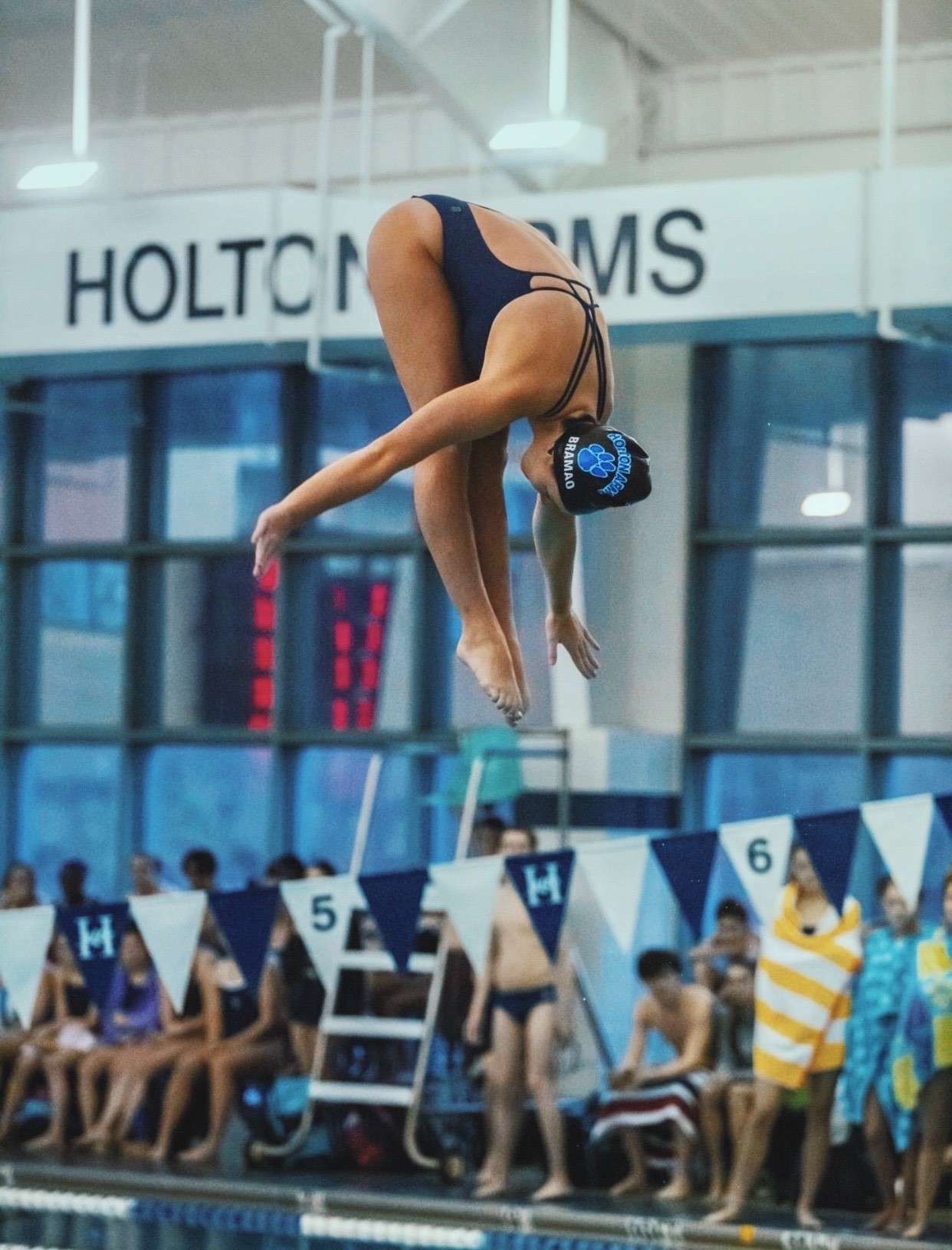 Congratulations to Wynter Bramao ’21 for her commitment to compete at the Division I level next year at Georgetown! Today, Nov. 11, Wynter signed her letter to dive for Georgetown’s swimming and diving team. Read on to learn more about Wynter’s journey to this moment.

When Wynter was younger, she competed competitively in both gymnastics and diving. Both sports complemented one another and were a great fit for her. In 2012, she was invited to join the National Team at her gym. Though she was excited about this opportunity, when she realized it conflicted with diving she declined the offer. It was then that she realized how much diving meant to her, so she quit gymnastics and started pursuing diving year-round.

Her passion for diving only grew as the years passed. She always knew she wanted to dive at the Division I level, but the journey to get there would be difficult and full of challenges. Wynter was up for them, as she fully committed herself to reaching that goal. She wanted to keep her options open and learn about potential schools and their athletic programs. In addition to Georgetown, Wynter considered Tulane and Cornell, but ultimately felt Georgetown was the best overall match.

“One of the main reasons I chose Georgetown was the team," she says. "They hosted recruiting Zooms throughout the months of May and June, that all had different themes. The last Zoom was a trivia night, in which the recruits and current team members were randomly divided into teams that competed against each other. I was intimidated by the thought of being in a breakout group with a bunch of strangers from all over the country, but I ended up feeling very comfortable and welcome. I had a great time that night, and I was able to learn and laugh alongside my future teammates."

Wynter is prepared for life as a Division I student-athlete, thanks to her training and preparation at Holton. In the classroom, she has practice keeping herself organized and successfully managing her time. She understands the importance of being her own self advocate and taking charge of her education. In the pool, the Holton team has instilled in her the importance of team spirit and support. Her coaches have also set her up for future success with their support and encouragement throughout her years.

The Holton community came together in a Zoom meeting during lunch today to congratulate Wynter and cheer her on as she made her commitment to Georgetown swimming and diving official. Well done, Wynter!