Professional dancer Alison Lehuanani DeFranco '09 returned to campus last week to work with Orchesis, the school's auditioned dance company. She called on students to create movement inspired by found objects, then wove those phrases together into original choreography that they will perform throughout the year, including at their winter concert. She also spoke to students about her life as a dancer, the choreographic process, tips on performing, and more.

It was a thrilling homecoming for the former Orchesis member, who joined the group as a senior. At the time, she had just made the difficult choice to leave her intensive studies at The Washington School of Ballet. "It meant taking a break from dance as I had known it," Lehuanani says. But Orchesis "opened an important space for me to continue dancing." With the troupe, she had opportunities to explore new styles of dance, regroup, and redefine her dance life and trajectory.

Lehuanani went on to double major in Dance and History at Skidmore College, before earning her MFA in Dance from NYU's prestigious Tisch School of the Arts. She has recently performed the renowned stages at Jacob's Pillow Dance Festival and St. Mark's Church in New York City.

"It's been such an incredible pleasure to come back to Holton and choreograph for Orchesis," Lehuanani says. "What I noticed first about both the Upper and Middle School girls was their curiosity and confidence... It was so beautiful to recognize those qualities. I know that Holton gave me those skills that I've carried into my career in New York."

Lehuanani's weeklong residency was also a joyful reunion for the dancer and her former teacher, Orchesis Director Sarah Roney, whose first year at Holton was Lehuanani's first and only year on Orchesis. "It's amazing to see how she's developed the program into what it is now," Lehuanani says.

Here, Lehuanani demonstrates a segment of the original choreography she created with and for students: 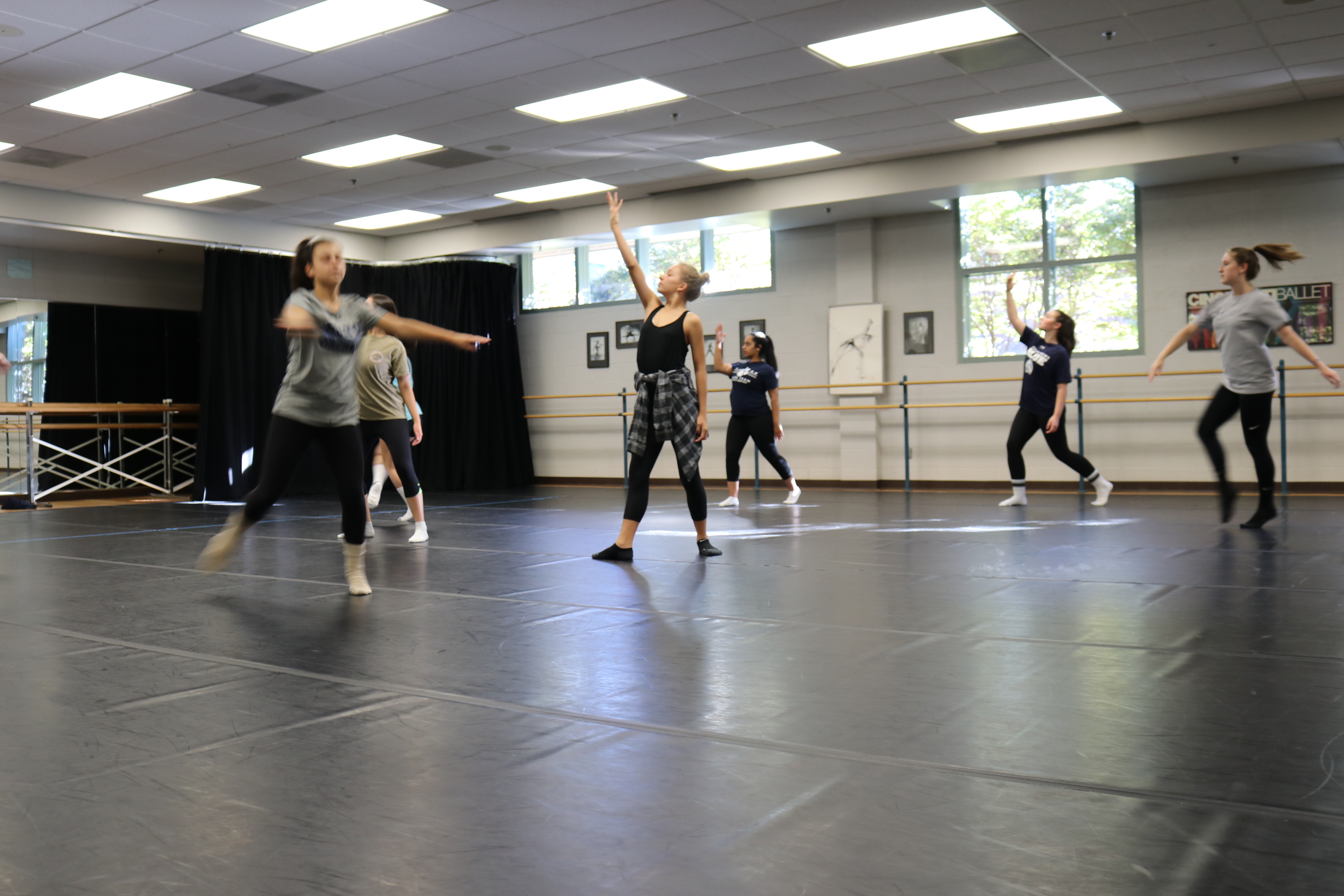