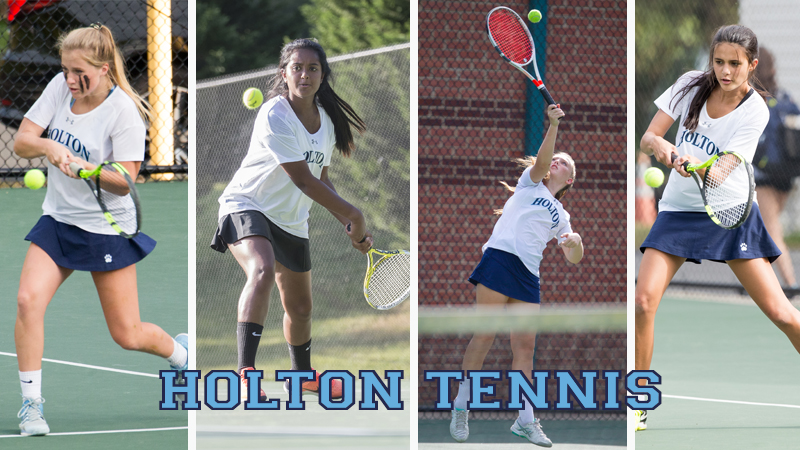 Coach Auzoux is a former Davis Cup player who has played with the best in the world. As a tennis player, Auzoux has won over 60 national and international events in both singles and doubles. Under his tenure, the team has been at the #1 spot in the ISL for 12 years out of 13 and is on a 6 year winning streak.

For the last 13 years, Auzoux has helped the Holton tennis program dominate the Independent School League (ISL) with a 97% winning percentage. Under his Tenure, the team has been ranked #1 in the ISL 12 out of the last 13 years. Additionally, he has helped over girls continue their tennis carriers playing collegiately at the Division I and III levels. Auzoux has been voted the Washington Post All-Metro Coach of year in addition to the Montgomery Country Gazette Coach of the Year.

The Holton varsity tennis team is constantly morphing but this year is a very special year with a new batch of girls coming from JV and eighth grade.

We are very excited about their potential and the great tennis they will produce. Like each year, the direction of the season will be based on how quickly the seasoned players adjust to their new roles, and the younger payers mature within their new responsibilities and expectations. Youth and depth is guaranteed to produce some surprises!