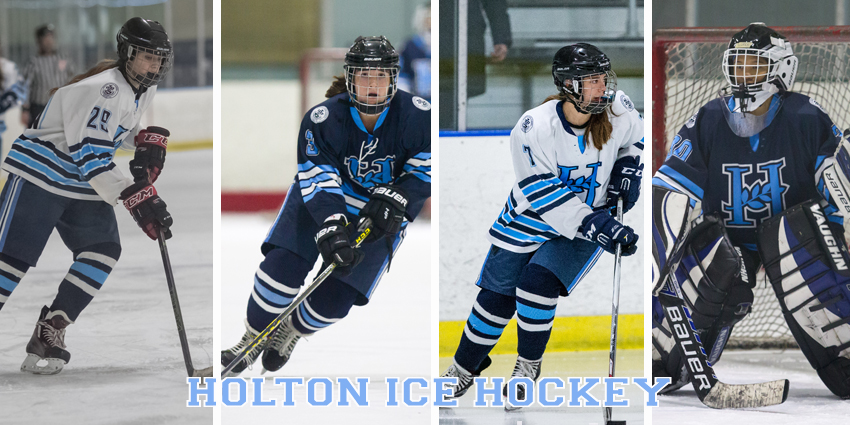 The varsity hockey team finished strong this season with a 10-6-1 record. We competed in two leagues: MAGHL, the Mid-Atlantic Girls Hockey League, and WIHLMA, Women’s Interscholastic Hockey League of the Mid-Atlantic. Both leagues provided us with tough competition locally as well as in New Jersey and Pennsylvania. We faced two tough semifinal games for both MAGHL and WIHLMA and ended up third in both leagues. Senior captains, Virginia Asher ‘19 and Hadley Nolan ‘19, along with junior captain, Isabelle Wilson ‘20 helped lead the team through an overall successful season. Our captains, along with top scorers Nina Carter ‘19 (22 goals, 13 assists), and Clare Flood ‘20 (24 goals, 17 assists), were a strong starting lineup for us every game. After a fun, competitive season, we are sad to see our five seniors, Cori Amsellem ‘19, Virginia Asher ‘19, Nina Carter ‘19, Hadley Nolan ‘19, and Olga Sullivan ‘19 graduate but are looking forward to seeing the current juniors fill in their shoes.

A Holton Alumnae, Coach Wilde grew up playing hockey and played for Holton all through Middle and Upper School. A graduate of the class of 2009, she was named Washington Post All Met Girls’ Ice Hockey Player of the Year for the 2008-2009 season. She was also named second team All-WIHLMA in her senior year. Moving into her collegiate career at Connecticut College, Coach Wilde participated on the varsity rowing team while still playing club hockey.

Coach Wilde works in the Upper School Office and as a Middle School Math teacher at Holton. She is excited to help the newer players develop in the sport as well as see the varsity players grow into more tenacious athletes. 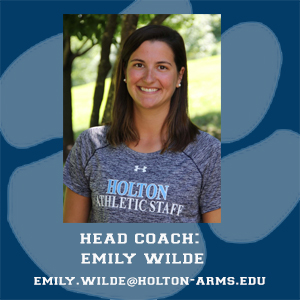