Established in 2000-2001, the Holton-Arms Athletic Hall of Fame honors and perpetuates the memory of those individuals who have made outstanding contributions to Holton-Arms athletics and have helped bring recognition, honor, and excellence to the school and its athletic program throughout its history.

In 2000-2001, the Centennial Year, the idea for an Athletic Hall of Fame arose to honor student athletes, individual teams, and outstanding coaches throughout the history of Holton-Arms School.

Members of the Athletic Hall of Fame should serve as a standard of excellence and inspire current students and teams to achieve their own level of excellence. 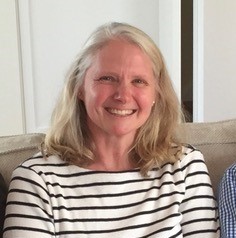 Ylva Bostrom Ihrig ’87 started at Holton as a ninth grader, when swimming was not a School sport and swimmers practiced with their outside teams only. Ylva was still required to take P.E., even though she spent three hours in the pool each day. With the support of then-P.E. teacher Peggy Whilden and two 10th-grade swimmers, Niki Neviaser ’86 and Theresa Adams ’86, Holton started its first-ever swim team. Having an official team provided swimmers with the opportunity to compete in “Metros,” the D.C.-area championship meet at the end of each season, where Ylva earned an All-Met Honorable Mention. By her senior year, the Holton swim team made it into the yearbook, signaling to many that it was officially a Holton sport!

Ylva swam for four years on the varsity swim team at Princeton University, with a focus on butterfly and middle-to-long-distance freestyle. She received the Friends of Princeton Swimming Award during her senior year. Ylva spent a year between college and veterinary school working at veterinary clinics and coaching swimming, which included some practices at Holton’s then-new pool. Ylva was thrilled that the Holton swim team had not only continued; now, it finally had a place for students to practice together.

Ylva attended the University of Pennsylvania School of Veterinary Medicine, graduating in 1996 and continuing her training at VCA South Shore Animal Hospital in Weymouth, Mass. She returned to Northern Virginia in 1997 and has been a practicing veterinarian in the area since then. She is the owner of the Animal Clinic of Clifton, in Clifton, Va., where she cares for cats and dogs.

Ylva started swimming competitively again about 10 years ago and now trains and competes with a group of “Master swimmers” at L4 Swimming. She is back to swimming long-distance freestyle and looks forward to open-water swims in the area this summer. Ylva lives in Fairfax Station, Va,. with her husband, Robert (also a veterinarian), and their cat, Dumbledore. 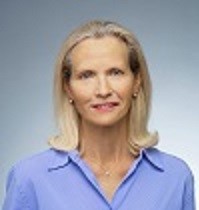 Heather Geddes Healy ’74 was a rare 16-season varsity athlete who competed in basketball, field hockey, softball, and track and field. She joined Holton in the ninth grade and describes sports as both an entry into her new community and an anchor within it. During her freshman year, Heather became the second freshman to start on the varsity basketball team. Her love of sports and pure athleticism contributed to her induction into HAA her sophomore year. Heather served as HAA president her junior and senior years.

In addition to her seasonal sports at Holton, Heather was a co-rep for Holton’s badminton team and brought home ISL championships two years in a row. She also received the Outstanding Basketball Player Award in 1972 and the Holton-Arms School Special Athletic Award in 1973. During her time at Holton, Heather developed and executed the first-ever field day for new Lower and Middle School students before school started. Heather recalls, “This was especially important to me, as I understood what being a new student among a group of established friends meant. Sports were a way for me to join and I wanted other girls to have access to that gateway.”

After Holton, Heather received her B.A. from Mount Vernon College and holds a Master’s of Social Work from University of Maryland. For the past 30 years, Heather has incorporated sports and physical activity into her treatment sessions and plans with adolescent and adult clients to advance their mental health and well-being. Currently, Heather serves as the Director of the Employee Assistance Program (EAP) for the Association of Flight Attendants-CWA, which provides behavioral health services for 50,000 flight attendants from 20 airlines and their families. Heather has been designing and directing workplace trauma response and behavioral health prevention and early intervention programs across federal, state, and non-governmental organizations for nearly four decades. Heather lives in Rockville, Md., with her husband, Brendan. They have four children, Brittany, Brendan Jr., Samantha, and Courtney. 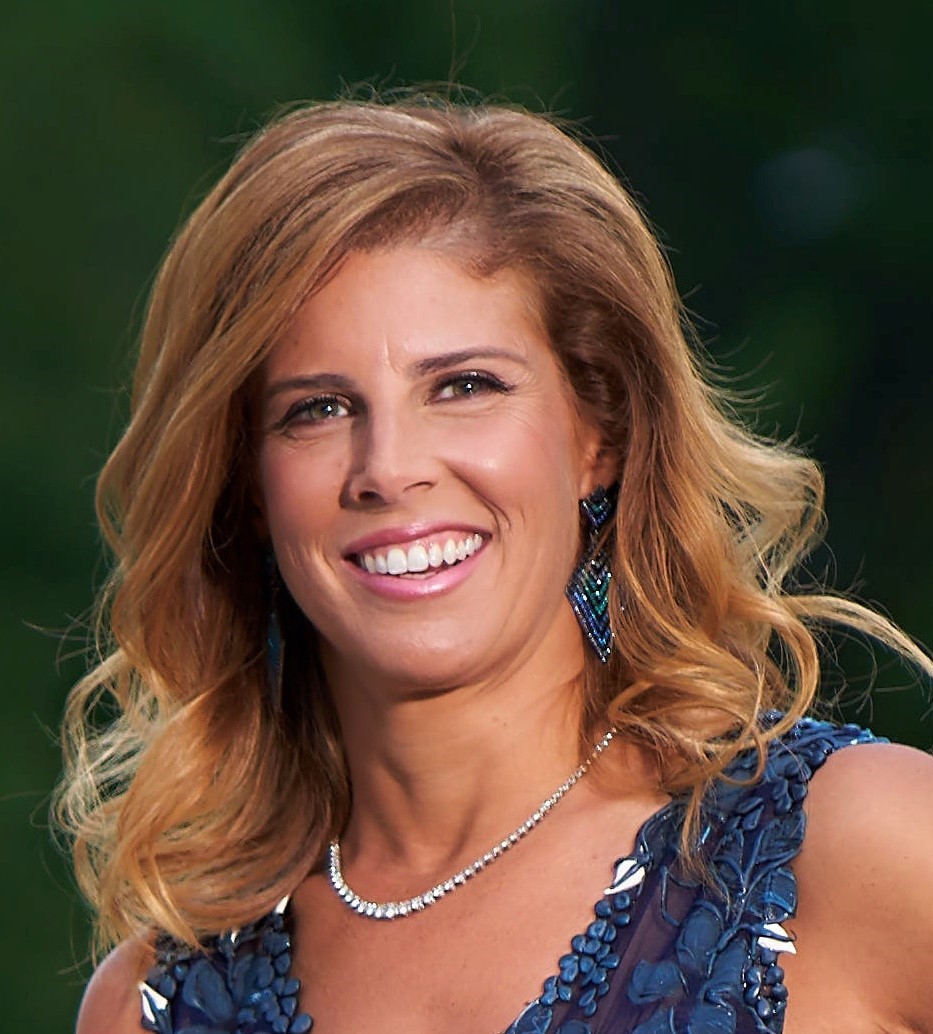 Arlyn Katzen Landow ’95 grew up playing baseball with boys. In fact, she was the first girl to play in the Rockville Baseball Association (previously known as the Rockville Boys Baseball Association). Arlyn was a three-season athlete at Holton. As a freshman, she made the varsity teams in soccer, basketball, and softball. In softball, she truly excelled—so much so that her Holton coach suggested she try out for club teams and look into playing at the college level. At Holton, Arlyn was varsity softball’s MVP all four years, and her junior and senior years, she served as team captain and was voted First Team All-League, First Team All-County, First Team All-Montgomery Squad, and All-Met. She was also selected as the Washington Post Athlete of the Week during the spring of her junior year.

Arlyn was recruited by several colleges and ultimately decided to continue her softball career at the University of Pennsylvania. She was voted Honorable Mention All-Ivy League her freshman year and First Team All-Ivy League her sophomore year. After a knee injury ended her career, she immediately jumped into coaching, even while finishing her studies at Penn and throughout law school. Arlyn coached several local teams and, as her daughters became softball players, began coaching at the club level. She has also coached for the past four years at the Baldwin School in Bryn Mawr, Penn. Arlyn currently coaches with the Pennsylvania Chaos organization, widely considered the best softball club on the East Coast, and travels around the country all summer for the club team. Additionally, Arlyn owned an indoor batting facility dedicated solely to softball development for young girls.

Arlyn currently resides in Villanova with her husband of 20 years, Robert, and three daughters, Blake (16), Brynn (14), and Charly (12). Blake and Charly are both club softball players, with Blake now beginning her own college recruiting process. Arlyn is a member of the University of Pennsylvania Softball Board of Directors. 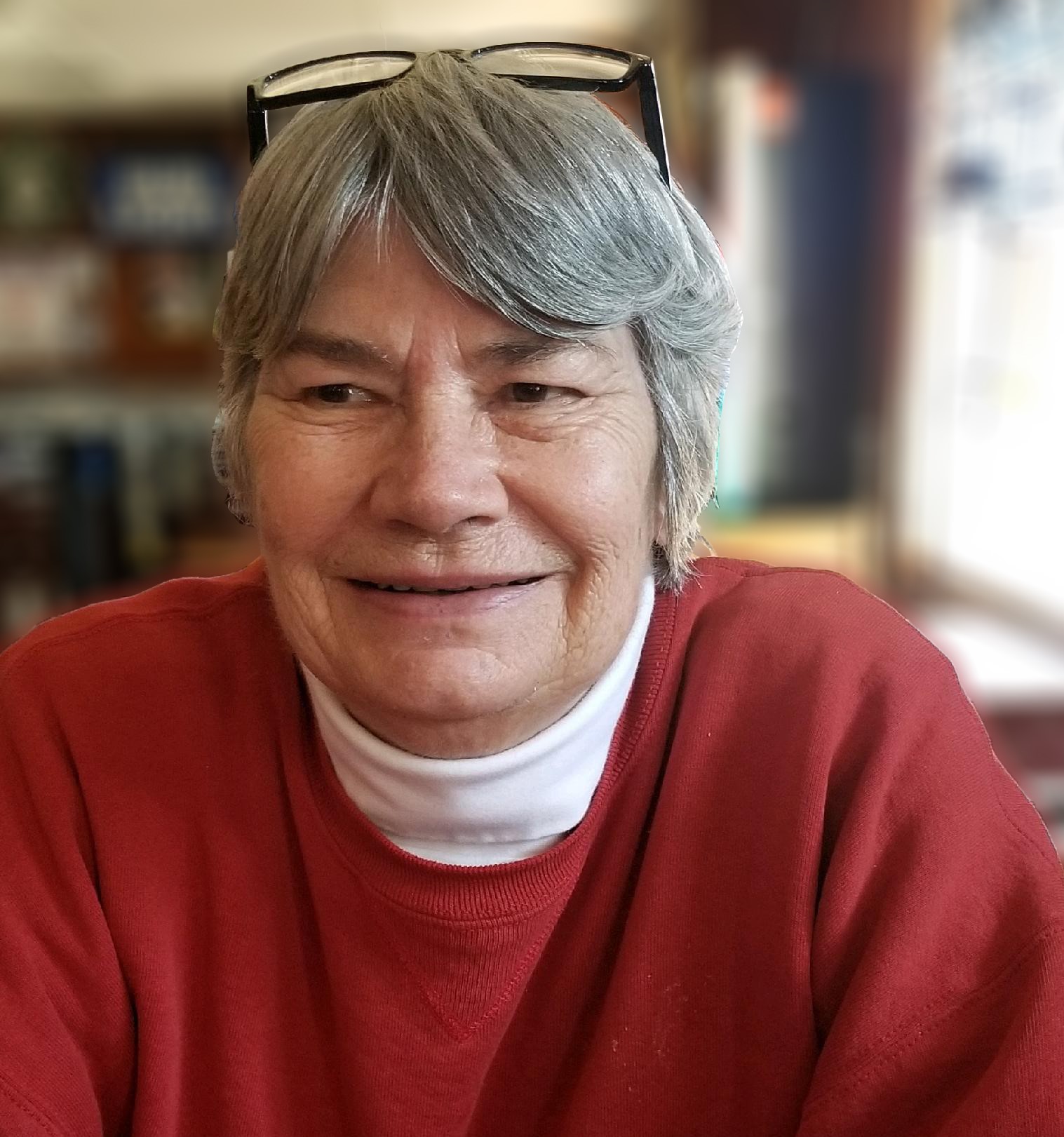 Jane Kinnamon ’67 began playing team sports as a fifth grader at the Country School in Easton, Md., when she had her first opportunity to play. Jane had a talent for sports in any season and in her sophomore year—after only one year on Holton’s field hockey, basketball, softball, and track teams—she was inducted into HAA. She was captain of both the field hockey and basketball teams in her senior year. Jane’s classmate writes, “Jane had the body and the mentality of a true athlete. While others could run, she could glide down a hockey field or a basketball court. As a halfback, I always looked for Jane to be open for an outlet pass on the hockey field, and as an exceptional wing, she could move that ball down the field with speed and control. On the basketball court, she could head fake and go in for the easy layup. Her accuracy on the free-throw line was exceptional. Jane was gifted at birth with the body of an athlete, but her heart, soul, hard work, and spirit…made her a true champion in my mind.”

In addition to her talent in sports, Jane was invited to join the Social Service Society during her junior year. This school group shopped for and sold food to boarders, and proceeds went to an orphanage.

After Holton, Jane graduated from the University of Iowa and then Mercy Hospital’s Medical Technology School in Baltimore. She worked in medical labs throughout the Baltimore area until her retirement in 2016. Jane continued to enjoy sports as an adult in Baltimore. She played on an AAA women’s fast-pitch softball team and coached a women’s softball team. Jane also enjoyed more informal basketball and racquetball games, and spent much time sailing—a pastime she continues to this day.

A friend of Jane’s wrote, “You would want a Jane Kinnamon on your child’s team, but not just because she was such a gifted athlete. More importantly, you would want a young player who set such a fine example in sportsmanship. Jane always saw herself as a member of a team.”